Jiu-Jitsu is the leading ground-based martial art discipline in America, having over 5 million practitioners worldwide. Beginning in the early 90s, it was almost impossible to train in Brazilian Jiu-Jitsu (BJJ) without learning in the home country of Brazil, but it quickly rose to prominence with the advent of social media and demonstrations that could be viewed online. It is also endorsed by popular martial artist and actor, Chuck Norris, who is an advanced student of the sport.

With BJJ growing so quickly, it has garnered attention from parents as an alternative to other martial arts and extra-curricular activities. Martial arts provide discipline for children, and learning a form that focuses on ground control could prove more beneficial to their counterparts, as most fights begin or end on the ground. In fact, 73% of street fights ended on the ground, so children are statistically safer learning at a young age such an effective fighting style.

Should kids do Brazilian Jiu-Jitsu

Other than the obvious benefits of self-defense, BJJ offers children an improved development of their character, mind, body, and spirit. When this martial art is started at a young age, students quickly adopt the creed of the BJJ and form their schedule around attendance and execution of the exercises. Below is a study on the top five ways that children can benefit from enrolling in BJJ classes.

It is no secret that bullying is still prominent in schools, especially in a world as diverse as ours is today. Children judge each other for many different reasons, including class, weight, social skills, economic background, race, and a host of other reasons. Not only does BJJ assist with defending oneself against aggressors, but BJJ takes on a “self-defense” creed, which both stops bullies, and prevents the practitioner from ever being the one who is conducting the bullying.

Failure is a part of life

Young children throw tantrums and cannot learn from their mistakes. However, once the child has reached some level of emotional maturity, they can take part in competitions (research suggests a minimum age of 8) before being enrolled in competition or sparring). Learning that victory is only achieved through hard work, and that failure is a part of life is necessary for expectations and development.

BJJ does not only offer a platform to talk to other students but other social aspects help in the growth of your child. Furthermore, students that take part in BJJ classes usually have a common goal and will develop their lifestyle and hobby together with life-long friends.

Nothing helps improve your coordination more than the discipline of martial arts. If you cannot hold your stance, strike properly, or conduct the exercise, you will be bested by an opponent who can. BJJ stresses the importance of adapting to a situation and becoming a quick learner.

It is extremely difficult to be a successful BJJ practitioner while living a sedentary lifestyle of poor eating, sleeping, and recreational habits. BJJ underlines the importance of living an active lifestyle, which creates lifelong habits.

At what age should you start Brazilian Jiu-Jitsu

Speaking about the above benefits of enrolling in Brazilian Jiu-Jitsu for kids, you may be wondering “at what age is this appropriate for my child?”. Largely, this is dependent on the curriculum provided by the BJJ gym. It is important to discuss goals and class schedules to inform yourself about what your child will learn. Generally, BJJ can be started as early as 4 years of age, but it is recommended that competition settings are postponed until 8 when the child is old enough to handle the emotional maturity of defeat and has the ability to follow rules and not throw tantrums.

The following are the top three common errors to avoid when teaching Brazilian Jiu-Jitsu for kids:

Young children learn at a much quicker rate than older young adults. However, they have extremely short attention spans and require a lot of observation. Make sure you are dedicating enough staff to oversee these classes.

It is common to mix age groups, and in some adult circumstances, all ages can be brought together. Child development is in stark contrast to this, as a child at the age of 9 is much more receptive and attentive than someone that is only 2 years their junior. Separate age groups the younger they are, and start making larger age gaps the older they get.

Young children who are just beginning do not see the importance of why they are there. Children are told where to go and their parents drop them off for classes. Some children, therefore, do not care much about the exercises and are only there to goof off or have fun. Knowing when to praise, and when to have a stern attitude is necessary for the development of the child to learn discipline.

Overall, we hope this article has shed some light on the benefits and common errors that occur within BJJ classes for children. Due to the above logistical difficulties, such as scheduling, allocating staff payment, teaching styles, classroom observances, and gym management, it is recommended to enlist the help of BJJ management software. Spark Membership is the #1 solution on the market of its kind, and you can try it for just $1.

No comments to show. 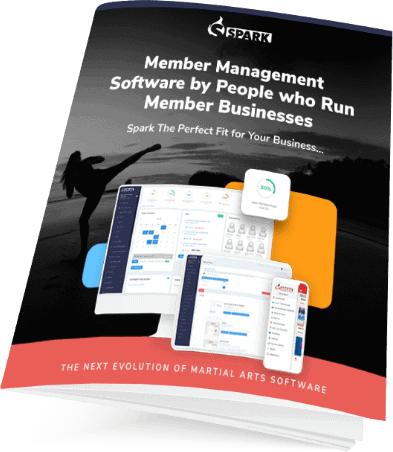